My research work is related to the ecology and evolution of interacting biological systems. I am interested in the evolution and adaptation of species facing a stressful and fluctuating abiotic/biotic environment.  More specifically, my work focuses on the involvement of epigenetic and genetic components to generate phenotypic variability to respond to these environmental variations.  The models studied are invertebrates known to develop strong phenotypic plasticity: Biomphalaria glabrata and Crassostrea gigas lophotrochozoan molluscs and the platyhelminth parasite Schistosoma mansoni whose environment is very changing during its life cycle.

My research was initially focused on the study of invertebrates responses to global change using experiments in controlled conditions and a set of omic tools including epigenomic. Since a couple of years I’m now targeting population approaches (genomic and epigenomic population) and try to identify the molecular mechanisms enabling rapid adaptation in this populations. My biological models/global changes effects of interest are tropical corals/global warming and edible oysters/pathogen emergence.

My work aims to study the effects of chemical contaminants on marine organisms (fish, bivalves, phytoplankton) from a molecular point of view. I use functional genomics tools (transcriptomics, epigenetics, genome editing), together with physiological and ecophysiological parameters, in order to understand the pollutants effects (i.e. pesticides, metal trace elements, microplastics) on marine organisms life history and on their offspring.

My research work is related to the role of DNA (de-)methylation (5mC), RNA methylation (m6A-RNA), nucleosome chemical modifications and of their regulators in the development and reproduction in a distant model, the oyster Crassostrea gigas. My research focuses on the description and understanding of epigenetic and epitranscriptomic mechanisms regulating gene expression/chromatin structure in cell differentiation during evolution. For this purpose I’m interested into the embryo development and reproduction (including triploïd oysters), i.e. processes underlied by an important cell differentiation in a context of a strong exposure/sensitivity to environmental parameters.

The goal of our group is to elucidate the multiple relations between environment, organisms and their fitness in the lab and in the field, in order to understand and control host-symbiont/parasite interactions. We see inheritance in a broad sense including genetic, epigenetic, cytoplasmic, and holobiont elements. My specialty is evolutionary epigenetics.

My research is structured along three main axes: (i) The study of historical and contemporary factors that influence the evolutionary history of natural populations, (ii) The study of adaptive responses of organisms to environmental changes and (iii) The identification of molecular mechanisms underlying such adaptive responses. I use integrative approaches combining the study of natural populations, laboratory experiments and molecular tools. My favorite models are invasive species and (re-)emerging pathogens.

As a researcher in functional genomics at the Department of Environment and Biological Resources, Ifremer, my work mostly articulate around the use of omic data to understand how biotic and abiotic environmental conditions might shape individual fitness, adaptation and acclimatization of commercialized and wild marine populations. My projects include several marine (pearl oyster, giant clams, tropical fish, bacteria…) and freshwater (salmon, trout) organisms. I am also particularly interested in deciphering the complex interactions across species and kingdoms within an ecosystem and their stability (or their lack thereof) in light of anthropic pressures and climate change.

My research activities focus mainly on the study of mechanisms of acclimatization and adaptation in exploited or wild coral reef species in a context of climate change by using integrative approaches. Recently in position at Ifremer in the research unit  » Marine resources in French Polynesia », my current works focus on the Pearl oyster P. margaritifera and in particular on the genetic and epigenetic characterization of the sexualization determinism, one of the key processes in the development of this species, including adaptive responses and phenotypic plasticity associated with temperature through multigenerational experiments. 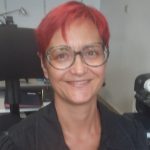 Ph.D STUDENTS IN THE ORGANZATION

For my PhD, I am working on the interactions between the Pacific oyster (Crassostrea gigas) and the herpes virus OsHV-1 μVar. The virus in association to secondary bacteraemia causes severe mortality to the juvenile oyster stages. Today, there is strong evidence showing that the resistance of oysters to this disease is multifactorial and include genetic, but also epigenetic mechanisms. In this context, the main goal of my work is to identify the genetic and epigenetic markers of resistance in wild oyster populations.

My current research is about the implication of DNA methylation in the phenotypic variability of the snail Biomphalaria glabrata, the intermediate host of the parasite Schistosoma mansoni, the causal pathogen of schistosomiasis. My Ph.D. project consists in performing epimutations by two different approaches, one with chemical DNA methyltransferase inhibitors used in cancer research that provoke random changes in DNA methylation and other with a CRISPR-Cas9 system that allows the changes of DNA methylation in targeted genes. Both approaches are used to test the contribution of DNA methylation to the phenotypic variability of the snail, the phenotypes analyzed are survival, fecundity, morphometric traits, and susceptibility to the parasite. I am interested also in examining the inheritance character of this epigenetic mark across generations.

My PhD project aims at characterizing the roles of RNA methylation in oyster development. For this purpose, the developmental kinetics of 6-methyladenosine (RNA) will be characterized (ELISA, F-DotBlot). in parallel, the mRNA  expression of the putative actors of those mechanisms will be studied in early life stages (in toto hybridization, RT-qPCR and in silico genomic as well as transcriptomic database mining ). The gene targets of those marks will be determined during the embryogenesis using immunoprecipitation and sequencing (MeRIP-seq). Knock out approaches using genome edition (microinjection of CRISPR/Cas9 constructs) followed by phenotype investigations (mutation characterization, molecular markers, morphological studies), will be developed in order to study the function of the genes related to RNA (de)methylation. Those studies will be also led regarding potentially  environmental stressors such as the presence of contaminants and toxic algae.

My PhD project aims to develop probiotics for oyster farming in order to fight against the Pacific Oyster Mortality Syndrom (POMS), which, is at the origin of the high mortalities affecting oyster farms since 2008.  To this end, microorganisms associated with disease-resistant oysters have been identified and, a microorganism bank associate to resistant oysters is being created. The next steps of my thesis will be to test these candidates and to characterize if an immunomodulatory effect (including by epigenetic modifications) is generated by the probiotic(s). This should enable us to propose a new probiotic formula that can be used by oyster farming stakeholders.